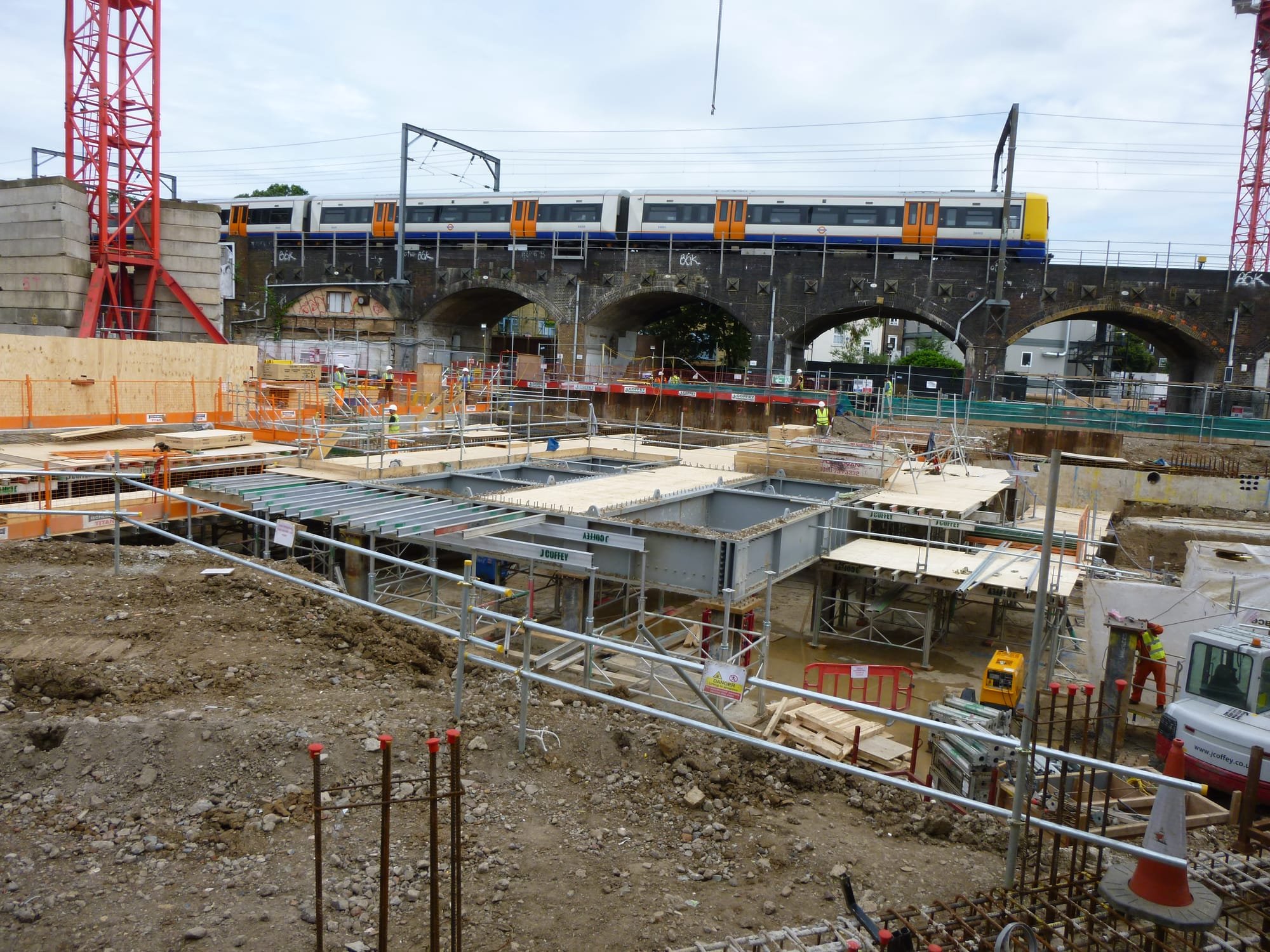 Comast Construction were contracted to carry out the groundwork to a section of the viaducts running through the famous Camden Market area.

Comast were also tasked with the earthworks to each of the areas, the installation of new service routes into each viaduct, cleaning/preparing of brickwork to be visually beneficial, forming a haul-road between each of the arches which, later, formed part of the walkway/s between the stores and adjacent buildings.

The Contract faced some interesting logistical challenges but our experience ensured that these were overcome. Delivery of each area was completed on programme.